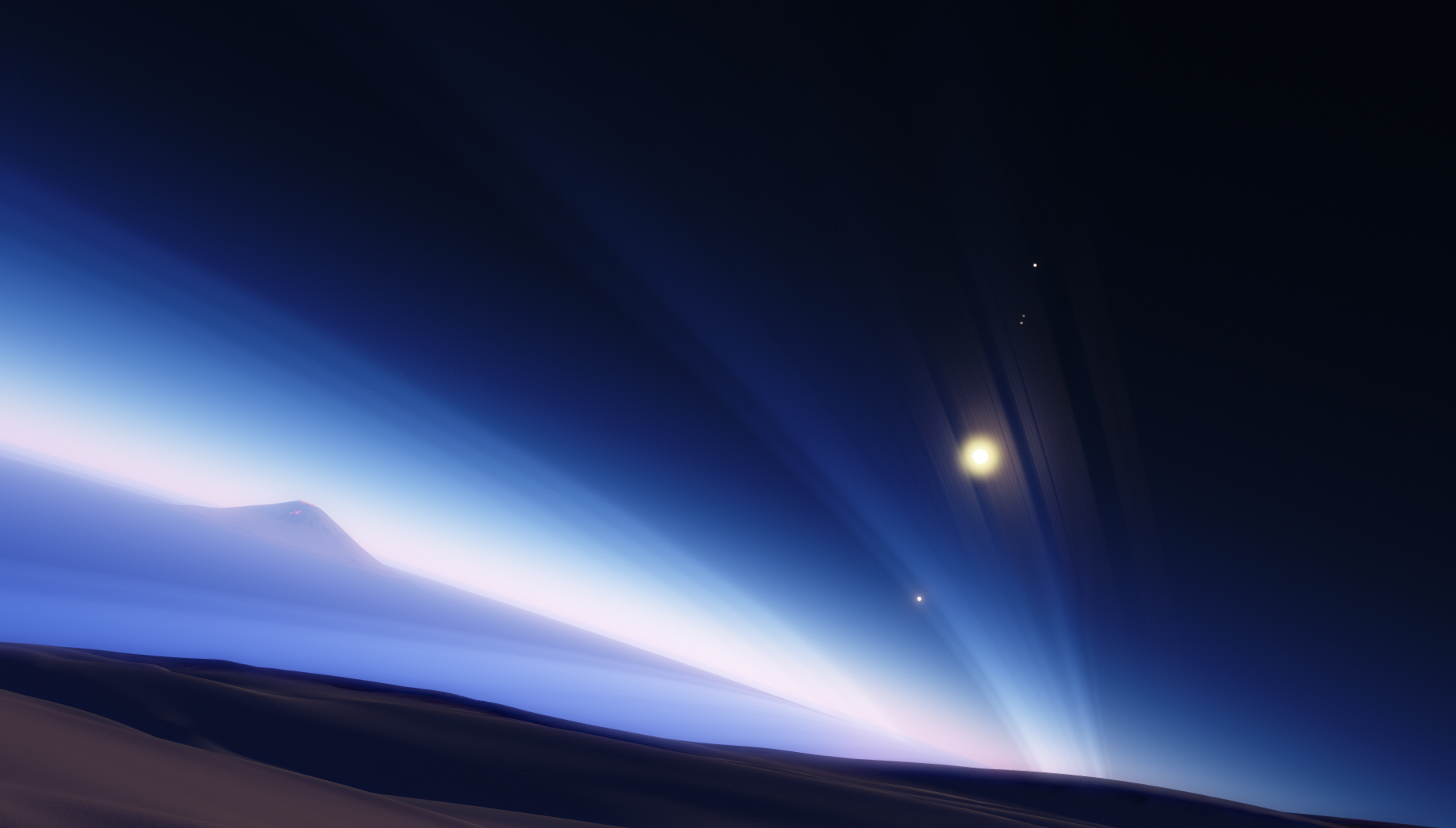 A picture of the Myr'seros ring system, taken above the island of Faeviir in the Faetahran Archipelago. The time of day is first set, with Ferah visible in the sky. (Credit: Space Engine)

Myr'seros is the second of six circumbinary planets orbiting the stars Vaelyk and Ferah in the binary star system Vahr'sykr. Being relatively far away from its parent stars, Myr'seros is a frigid, icy planet whose surface is covered in snow and ice for many months of the year.

Unlike the other planets in its system, Myr'seros does not have any moons. Instead, it has a well-defined ring system containing several 'moonlets,' which were likely formed by the accumulation of ring debris. The ring system itself is proposed to have been formed when a previous moon (or moons) were torn apart by gravitational forces.

Days on Myr'seros are split into six distinct phases: night, dawn, first rise, day, first set, and dusk. Night is defined as the time when neither Vaelyk nor Ferah are visible in the sky. Night transitions to dawn when there is light in the sky, but before any stars have risen. Dawn is followed by first rise, when there is only one star in the sky, then day, when there both stars are visible in the sky. Day transitions to first set after one of the two stars dips below the horizon, then to dusk after both stars have disappeared below the horizon. Dusk transitions to night when there is no longer any light in the sky. The lengths of each phase varies throughout the year due to the non-circular orbit of Myr'seros and the movements of Vaelyk and Ferah as they orbit one another.

Seasons on Myr'seros are more predictable than days, though there can still be great variabilities in the lengths and intensities of each season. During winter, average temperatures plunge to near or below freezing, while during summer, average temperatures rise to well above freezing. Spring and fall are more akin to short buffer periods between winter and summer than full seasons in their own right.

The main landmass of Myr'seros is the supercontinent Tahr'rihc, which is dominated by the Zyrsitian Range and its surrounding highlands; lowland areas only exist at the coasts and the far western regions. The rest of the planet is surrounded by a world ocean (the Sea of Secrets) punctured occasionally by islands or island chains.

Much of Tahr'rihc is covered in ice or permafrost; however, greenhouse gas-driven climate change has warmed the planet considerably, leading to increasingly large losses in snow cover and rising sea levels. During the pre-industrial era, the world ocean was entirely ice-capped during the winter, with a band of ice-free water forming in and around the equatorial regions during the summer. Nowadays, only 70% of the ocean is completely ice-capped during in the winter, leading to acute sea level rises. Much of the coast has already disappeared under the rising waters, pushing many species further inland. 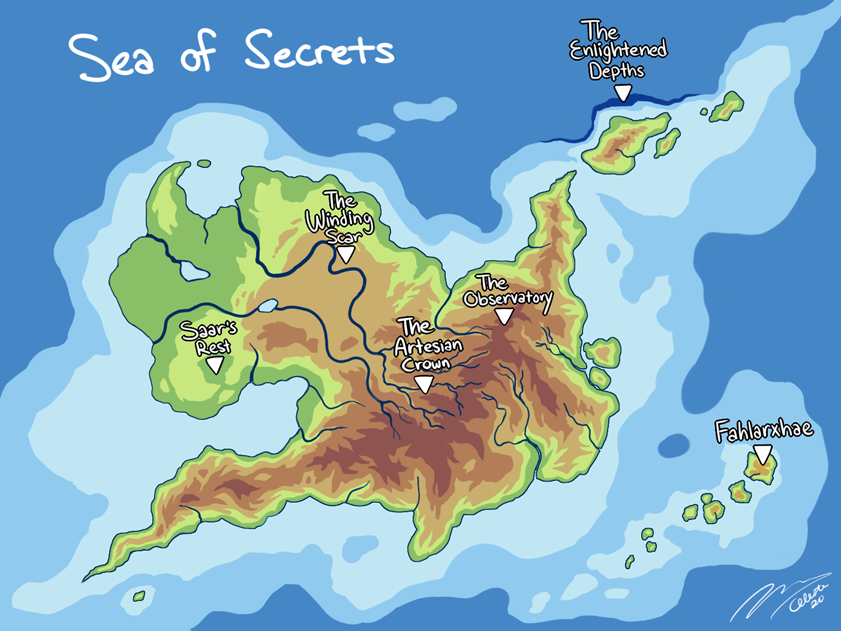 Topographical map of Myr'seros showing the locations of well-known landmarks.

A wide variety of organisms live in the various terrestrial and oceanic biomes on Myr'seros. The most prolific and dominant of the Serosian species are the Ferah-saar, a group of bipedal draconic humanoids that can be found in most, if not all, terrestrial regions. Previously, the Vaelyk-saar had been the only species who could be found in all terrestrial regions, but their range has been drastically reduced because of over-hunting and habitat loss. Overall, Serosian biodiversity is on a steep decline - as much as 60-65% of all species on Myr'seros have gone extinct in the past few centuries and many others are considered vulnerable or endangered.